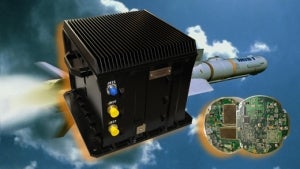 A successful firing of the IRIS-T SL (surface launched) missile has been announced by the German company Diehl BGT Defence (DBD). This success has also revealed the superior performance of the INTRACOM Defense Electronics Data Link system, which transmitted the target data to guide the missile towards hitting the drone.

"The Uplink has performed perfectly during the whole flight," stated a DBD official after the completion of the firing. The new generation Software Defined Data Link of the IRIS-T SL Air Defense System has been designed by INTRACOM Defense Electronics (IDE) under the full scale development contract awarded in 2007, following an international bid for the most suitable available technology for advanced missile systems.

The successful firing highlights and once more confirms IDE’s world-class technology and experience in the area of high-speed wireless systems, characterised by communication link robustness, security and a high degree of jamming immunity.