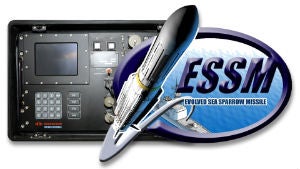 INTRACOM Defense Electronics (IDE) has signed two new export contracts with German companies for its telemetry systems and field test equipment. The value of the contracts amounts to €4m, with completions scheduled by the end of 2014.

One of the agreements, with RAMSys, concerns the production of telemetry systems for the NATO surface-to-air Evolved SeaSparrow Missile (ESSM) programme, which has shown successful international records and is in use by naval forces in 12 countries.

The other contract, with Diehl BGT Defence (DBD), is for the field test equipment (FTE) of the IRIS-T missile. The missile is considered as the most modern infrared guided short range air-to-air missile system worldwide, designed and manufactured by an international consortium of six European nations.

The contracts, involving products that have been developed in Greece, are being implemented at a time when there are particular challenges in the international financial and business environment, and contribute to the establishment of IDE internationally as well as strengthening the national economy, development and competitiveness.