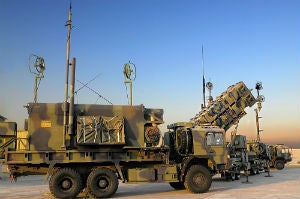 The new $18m contract with Raytheon is to manufacture subsystems for the combat-proven air and missile PATRIOT defence system for a third country and is scheduled to be completed by April 2015.

The value of export contracts, signed since IDE’s establishment in 2006, exceed €320m. These achievements reward the exports-oriented strategy of IDE, confirm its competitiveness in the international environment, and highlight the company’s position as an important exporter in Greece.