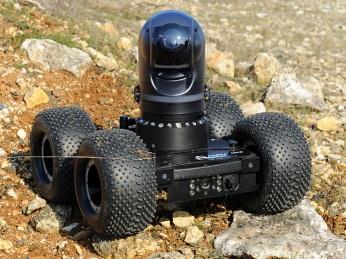 ECA is pleased to announce it will be exhibiting at IDEX 2013, on 17-21 February in Abu Dhabi.

The company provides technology which helps to protect homeland, infrastructure and people. A major goal of ECA’s technology is to reduce the risk for humans carrying out missions in hostile and dangerous environments, to enhance efficiency of such operations and to provide additional knowledge for the future. End users are naval and land forces, civil security, hydrographic services, nuclear industry, offshore industry and survey companies.

At IDEX 2013, ECA will exhibit the man portable unmanned autonomous underwater vehicle ALISTER 9, along with data-acquisition and post-processing software from Triton Imaging Inc.

Missions include: rapid environmental assessment (REA), homeland security, mine counter measures and hydrographic survey. The ALISTER 9 is the smallest AUV in the range depending on the configuration with a length between 1.7m to 2.5m and a weight of 50kg to 90kg. It is depth rated to 200m (there is also the option for higher depths). Other ECA AUVs, which differ in body form (single and twin), in diameter / size (9in to 27in for the mono bodies) and which embark different payloads / sensors depending on the mission profile are available.

Also being exhibited is the tactical first response multi-mission UGV COBRA MK2 of only 6kg. Designed for tactical first response in urban warfare and Homeland Security, the COBRA MK2 has been successfully deployed in Afghanistan and has recently been selected by the Canadian Army. Fighting against Improvised Explosive Devices (IED), it carries out a multitude of missions such as neutralisation, intelligence, surveillance, reconnaissance (ISR) as well as chemical and radiological threats.