Based on a new open architecture, ECA ROBOTICS UGVs have already been selected by many end users in charge of complex operations where humans are frequently exposed. ECA ROBOTICS product line includes: one small and easy deployable mini-robots for all types of inspection missions, one small modular robot covering a range of missions, from reconnaissance to EOD / IED, detection and neutralization, and one heavy robot for dangerous duty operations.

Mini-UGV for inspection in confined areas

The Cobra MK2 UGV was specially designed for soldiers and security forces. It hosts, packed in its 5kg, all the latest technology for responding to terrorist threats (menace). Its design is based on a modular architecture turning it into a unique system, easily customizable and reconfigurable depending on the mission reaching from reconnaissance to neutralization of IEDs, insuring chemical and radiological analysis on the way. The UGV, weighing only 5 kg and operated with a simple tablet PC is very easy to manage on site in a potentially dangerous situation.

Some tens of systems have been ordered since COBRA MK2 announcement in November 2011.

Operated by the French Fire Army on a daily bases or in the context of big events such as the G20 in Cannes,the Cameleon CBRN has established itself as a must for the protection of first responders in hazardous situations.

Last born of the ECA ROBOTICS EOD/IEDD product range, CAMELEON EOD covers all functionalities from the detection to the neutralization of conventional and improvised explosives. Weighing only 27 kg, with the possibility to add on another 25 kg in payloads, CAMELEON is very easily deployable by a single operator.

CAMELEON EOD has proofed its operational efficiency and reliability since 2010.

Groupe GORGÉ, through its subsidiary ECA, has agreed to acquire 100% of the capital of INFOTRON from Remote Reward.

The COBRAM MK2 is a tactical response, multi-mission, mini UGV. 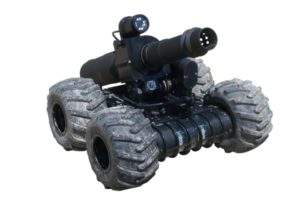 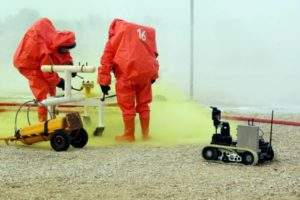 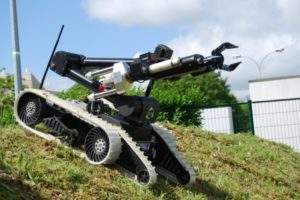 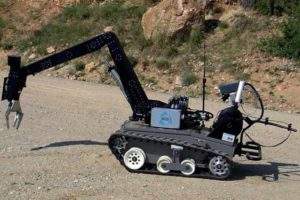 The CAMELEON CBRNe device can be used for detection, sampling and investigation.

The COBRAM MK2 is a tactical response, multi-mission, mini UGV. 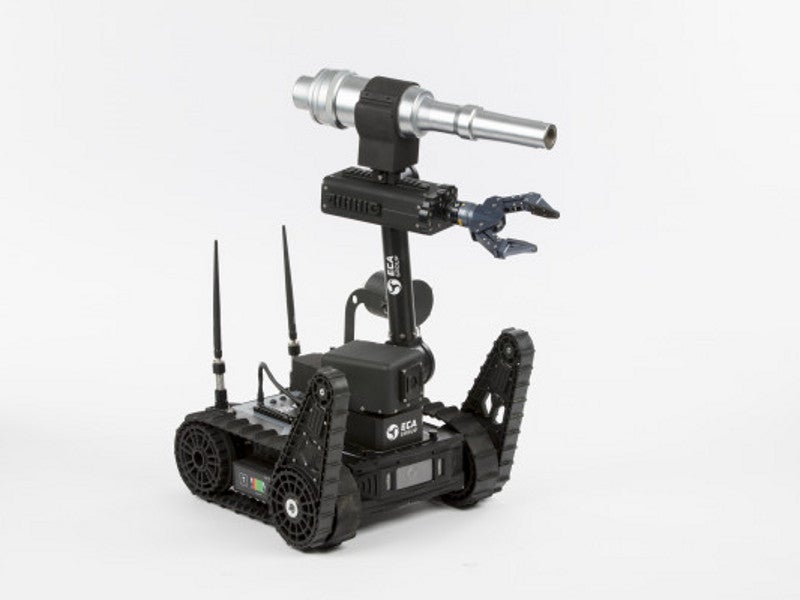 Cameleon LG E is the latest addition to the Cameleon range of unmanned ground vehicles (UGVs) built by ECA Group, a robotics and automatic control systems manufacturer based in France. 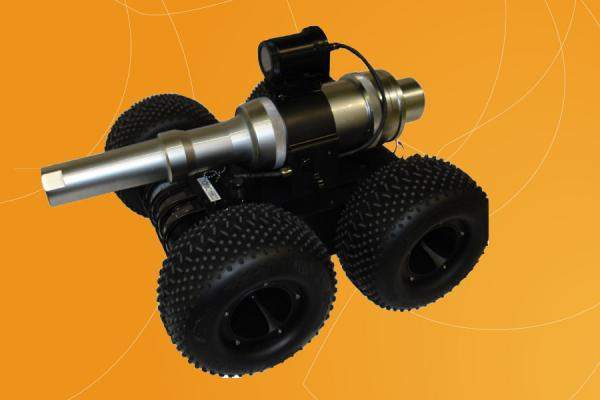 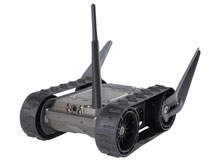 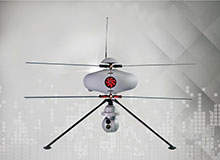 Groupe GORGÉ, through its subsidiary ECA, has agreed to acquire 100% of the capital of INFOTRON from Remote Reward.

The COBRA Mk2 robot is a certified, combat-proven UGV of which 29 units have been deployed by the French Land Forces in the Middle East combat zone.

ECA is pleased to announce it will be exhibiting at IDEX 2013, on 17-21 February in Abu Dhabi.

With more than 800 systems sold worldwide, ECA is the uncontested leader in unmanned vehicles. ECA designs and delivers state of the art robotic and intelligent solutions for defence and civil security. The main aim of ECA developments is to save humans involved in life-threatening missions suc

ECA is, with more than 800 systems sold worldwide, the uncontested leader in unmanned vehicles. ECA designs and delivers state of the art robotic and intelligent solutions for defence and civil security. The main aim of ECA developments is to save humans involved in life threatening missions such

ECA to Attend Eurosatory 2010 in Paris

ECA, specialists in robotic offshore inspection and intervention systems, will be exhibiting at Eurosatory 2010. You will be able to find ECA at Eurosatory, from 14 to 18 June 2010 in Paris, France. Their exhibit will be at stand R870, Hall 5. For more information, p

ECA will exhibit a range of naval and land-based military vehicles at DEFEXPO 2010, to be held in New Delhi, India on 15-18 February 2010. These include the latest-generation mine killer K-STER, ALISTER autonomous underwater vehicles (AUVs), INSPECTOR unmanned surface vehicles, and land robot

ECA will exhibit a range of innovative unmanned underwater vehicles (UUVs) and surface vehicles for mine warfare at PACIFIC 2010, to be held in Sydney, Australia on 27-29 January 2010. These include the latest-generation mine killer K-STER, ALISTER autonomous underwater vehicles (AUVs) and INSPEC

ECA has recently acquired the American-based company Triton Imaging, which specialises in the development of post-processing of underwater images and sonar signals compatible with the principal sonars currently used for underwater robotics. Triton covers applications such as subsea

ECA to Exhibit at IDEX 09

IDEX 09, the 9th International Defence Exhibition and Conference, will be held at the Abu Dhabi National Exhibition Centre from 22-26 February 2009. ECA will be exhibiting in hall 07, at stand C36. ECA will exhibit SIMBA (system for imaging and bathymetry) 45, designed to carry out mis