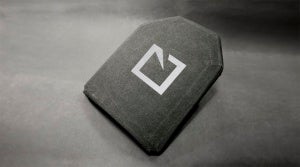 Hesco Armor, Inc has won a share of a $49.5m indefinite delivery / indefinite quantity (IDIQ) body armour contract to supply the next generation of small arms protective inserts (SAPI) to the US Army.

The IDIQ contract called for a technically proficient plate, not before seen in previously available SAPI plates. Hesco Armor plates were chosen for their next-generation composite material that creates an ultra-lightweight ballistic resistant insert.

Awarded days after the launch of the new Hesco Group brand identity, the contract is an additional testament of the group’s commitment towards innovation and its mission to protect people and assets, whenever and wherever needed.

Hesco Armor CEO Stephanie Victory commented: "We are extremely pleased to have been awarded this contract.

"This award further demonstrates that Hesco is a leader in innovation and personnel protection. Our body armour designs and performance are a leap forward in protection for national security and military personnel."

Hesco Armor’s parent company, Hesco Bastion, is a long-established provider of defensives barriers for perimeter and infrastructure protection for the US Department of Defense, and synonymous with saving countless lives and now Hesco Armor, relatively new to the personal protection market, has already developed a strong following among homeland security and local law enforcement and will continue the Hesco legacy of keeping the country safe.