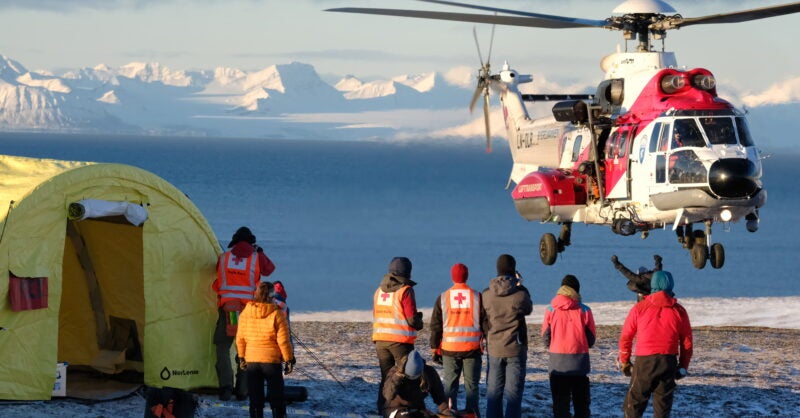 On October 8th the alarm went off at the Governor of Svalbard. A cruise ship with 200 people on board has crashed far north on Spitsbergen. They must be rescued as soon as possible, inflatable tents from NorLense are rapidly deployed by helicopter to establish as rescue camp in the arctic wilderness.

Fortunately, it was just an exercise. The SWIFT High Pressure Inflatable Tents have again proven its usability in arctic climate with great easiness of transport and inflation using air bottles. The exercise was led by the Governor of Svalbard in close collaboration with the Norwegian Coastal Administration, the Coast Guard, the Main Rescue Center Northern Norway, Air Transport, Barentswatch, the University Center on Svalbard, Longyearbyen local government, the Norwegian Arctic University, 330 helicopter Squadron, UAS Norway and Longyearbyen Red Cross.