Established in 1948, the Chemical Works NITRO-CHEM Joint Stock Company, a member of PGZ Group, is an experienced and globally renowned Polish producer of explosives and ammunition. 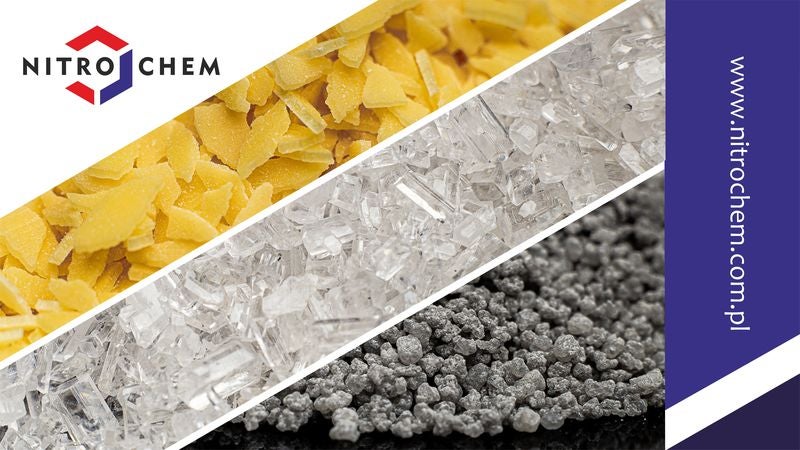 Established in 1948, the Chemical Works NITRO-CHEM Joint Stock Company, a member of PGZ Group, is an experienced and globally renowned Polish producer of explosives and ammunition.

The Chemical Plant NITRO-CHEM supplies its products to the Polish Army and to other foreign armies around the world and gradually develops cooperation with world leaders in the defence market.

NITRO-CHEM is a leader of TNT production in Europe. Its owned installation allows the company to produce TNT on a large scale and in quality that meets international standards including MIL, TL and STANAG.

NITRO-CHEM has an installation for HMX and RDX production that uses the non-acetic method achieving material purity at the level of min. 98% for octogene and min. 97% for hexogene, in accordance with the MIL standards. During the recrystallisation process different grain size classes of material are obtained, and the product received may then be phlegmatised with waxes or fluoroelastomers.

With the ability to manufacture these high explosive materials, NITRO-CHEM also offers compositions based on RDX and HMX e.g. Comp. B, Comp, A-3, Comp. A-4, Comp. A-5, compositions with wax or Vition and other like TNT/RDX, TNT/HMX, TNT/PETN, TRITONAL.

NITRO-CHEM offers TNT pressed boosters used for boosting insensitive explosives e.g. emulsions, ANFO or both as separate charges in opencast mining and in the field of geophysics. They are also used in the performance of specialised blasting works. Thanks to the modern installation for boosters production, the company is able to meet different customer requirements, adapting to their expectations.