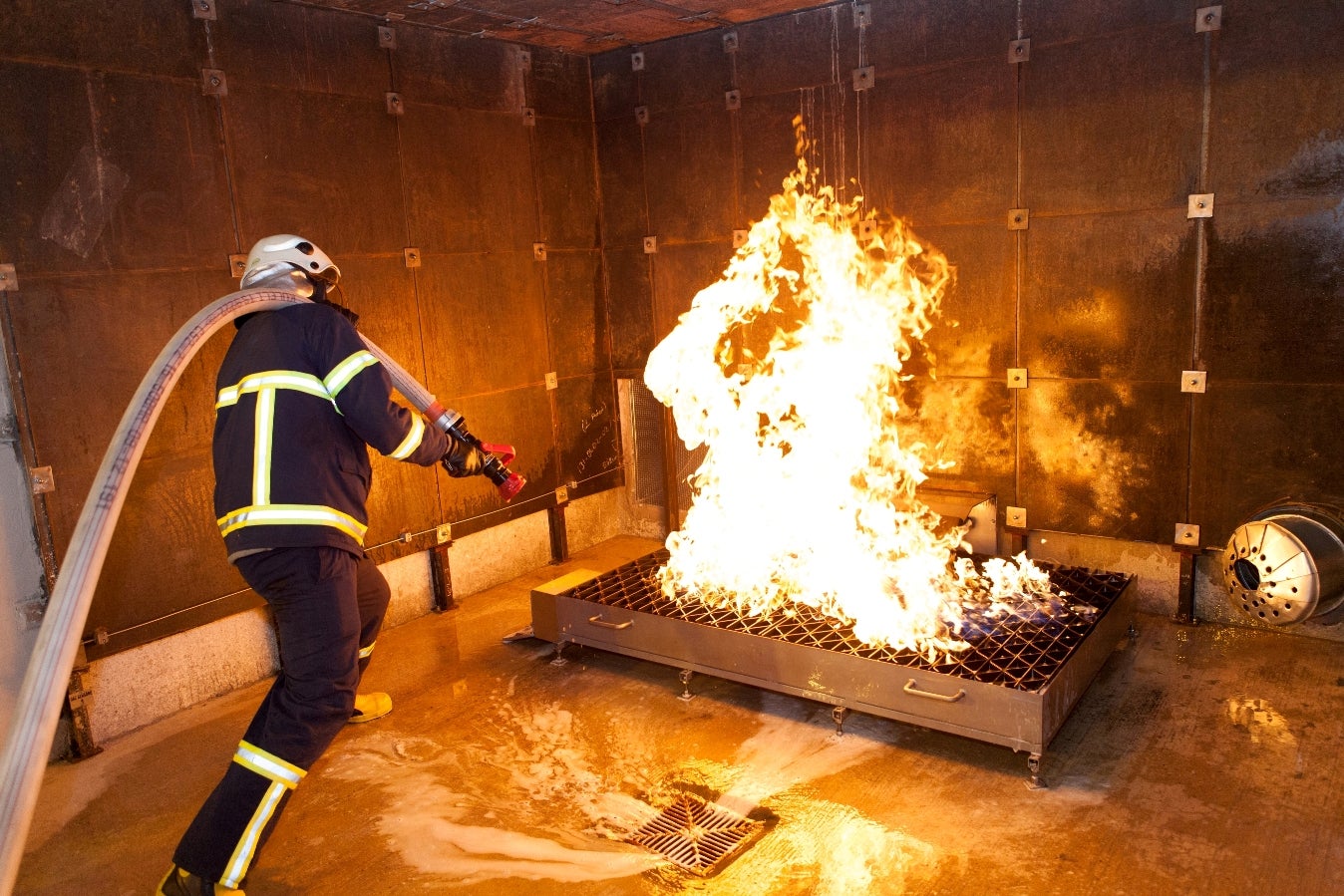 The Fire Training Simulator, which will be located in the Akkuyu NPP training simulation complex, will be developed with the aim of giving firefighting methods, the ability to use the equipment for this purpose, as well as the training for firefighters in extreme conditions and environments. The container-based system will include command-and-control facilities, fireplaces, ventilation and heat control and monitoring, gas detection and extinguishing infrastructure. In the simulator, vehicle fires will be simulated as well as fireplaces where possible fires can occur in daily life such as living spaces, electrical panels, and cable channels.

Key properties of Akkuyu NPP training simulator facility will be;

Thanks to the vision of Akkuyu NPP to create maximum participation of Turkish companies to the project, Meteksan Defence achieved a chance to transfer its capabilities and experiences in defence industry to civil area and to Turkey’s first nuclear power plant project. It is also aimed to move this cooperation to new areas in the upcoming period.

Meteksan Defence has been established in 2006 in order to combine and coordinate the projects and activities of the high technology companies operating within the body of Bilkent Holding for the defence industry under a single roof. In the defence industry sector, in line with the vision of the Presidency of Defence Industry, it continues its works to develop high-tech, national, independent and unique products and subsystems for the Turkish Armed Forces and other security forces.

As a long-endurance intelligence, surveillance, and reconnaissance system in the sky, Unmanned Aerial Vehicles (UAVs)...

Radar Systems stand out as the most effective solution for detecting drones that have become...

Meteksan Defence, which was assigned by the Defence Industries Presidency of the Republic of Turkey...