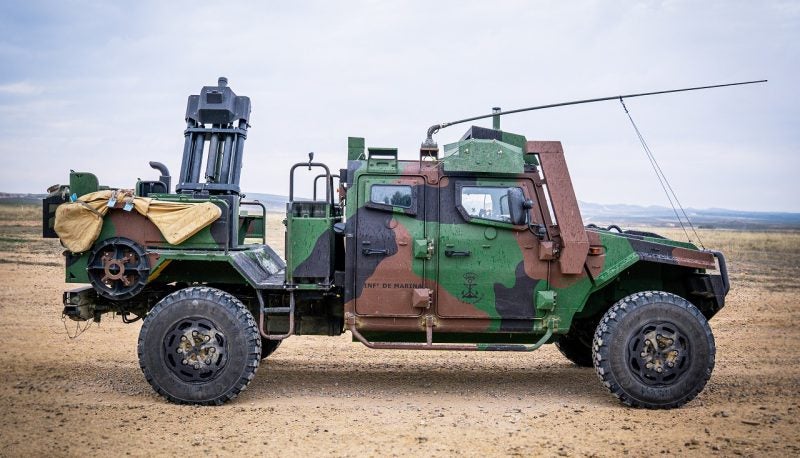 EXPAL reaches an important milestone in the development of the new Dual-EIMOS onboard mortar system, which is completing its validation under the UTEX Experimental Tactical Unit program with the SDGPLATIN. On 26 November, during the official tests of the program that were carried out at CENAD San ​​Gregorio ( Zaragoza), members of the DGAM-SDGPLATIN, Marine Corps, Army, DGAM-GESPRO, and the Navy Logistic Support Head Office (JAL) attended to learn about the system in a demonstration carried out in the context of high protection measures due the COVID-19.

The new Dual-EIMOS is an 81mm on-board mortar on a highly mobile 4×4 light tactical vehicle with deep fording capability, automatic fire control and integrated with TALOS C2 System; the Dual-EIMOS has been developed following the Navy’s Requirements and its versatility will be maintained also for terrestrial applications.

The company has promoted an evolution of the system to add key benefits for missions, among which are:

“Hand in hand with the DGAM and the Marine Corps, important improvements have been implemented in the versatility of the system, through an evolution that will offer benefits that, until now, did not exist in the market worldwide. We are confident that the system will be deployed very soon,” explains Alberto Fernández Cuervo, EXPAL’s Systems Product Manager.

EXPAL continues to focus on the validation of the new capabilities, completing the extensive validation and experimentation test plan, whose completion is scheduled for March 2021.