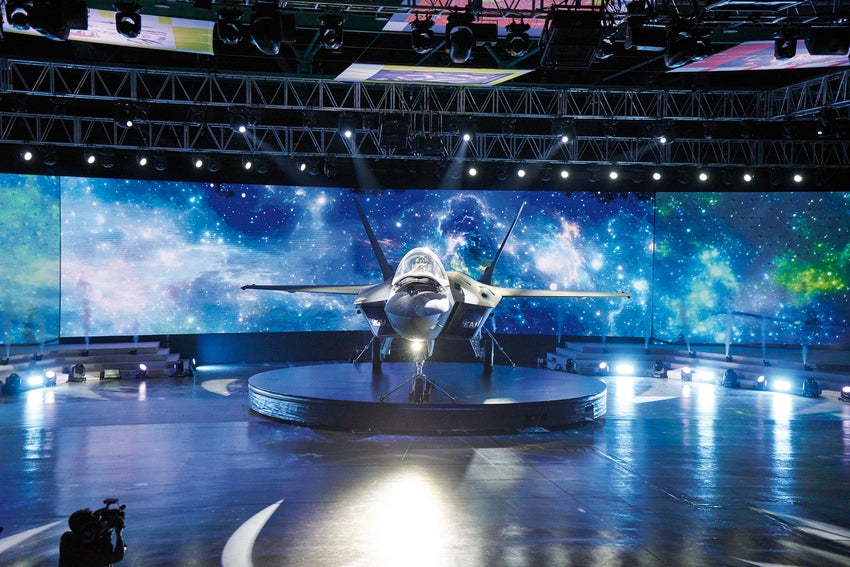 South Korea has unveiled a prototype of the new KF-X fighter jet, which features a full set of external LED lights designed and prototyped by the Oxley team in Ulverston, Cumbria. The KF-X, which will be named the KF-21 Boramae when deployed by the South Korean military, is the first domestically designed and built fast jet in South Korea, developed by Korea Aerospace Industries.  It is an advanced multirole jet with extensive avionics capabilities.

Oxley secured its globally leading position in aerospace LED lighting after being selected by Korea Aerospace Industries in 2017 to develop the full external lighting system. Oxley has worked with KAI on the development programme over four years and has now supplied a fully qualified external LED lighting system for the prototype aircraft which includes; Landing light, Taxi light, Refuelling light, Formation lights, Wing tip lights and an intelligent lighting controller.  The system provides complete integration into the digital interface and dynamic health monitoring of the lighting system advising the aircraft when the lighting system requires maintenance.  The suite has been designed specifically for the new jets and the lights outperform existing technology to deliver high performance and reliability.

Oxley Technical Director, Mark Jordan explained, ‘The comprehensive technical development process covered design, prototyping and testing, this has been completed by a dedicated Oxley project team of mechanical, optical, electronics and software engineers at the Priory Park site in Cumbria.  As part of the development, smart technology health monitoring has been integrated into the lights enabling predictive maintenance which minimises the need for unscheduled repairs.’

The jet will undertake ground tests this year with flights expected in 2022. President Moon said South Korea would have at least 40 of the new jets combat-ready by 2028, and 120 by 2032.

Darren Cavan, Oxley Group CEO commented, ‘This an incredibly proud moment for the Oxley team who have been working closely with the team at KAI for a number of years.  The opportunity to work on the design of this prestigious advanced technological platform is confirmation of our world leading position in the provision of high performance lighting for military aircraft.’

Oxley Group has been shortlisted as a finalist for the prestigious Best Community Involvement Award...