The top tweets were chosen from influencers as tracked by GlobalData’s Influencer Platform, which is based on a scientific process that works on pre-defined parameters. Influencers are selected after a deep analysis of the influencer’s relevance, network strength, engagement, and leading discussions on new and emerging trends.

U.S. Army, the official account of the US Army, shared an article about the Vermont National Guard’s 1st Squadron of the 86th Infantry Brigade Combat Team (Mountain) being cleared for recruiting women. This is the first instance in the National Guard’s history that a combat arms battalion-sized unit has been authorised for enrolling women.

The Army allowed transfer of women into combat units since 2016 provided specific criteria were met. The criteria included recruitment of women into leadership roles across the squadron, completion of gender integrations training and healthy unit culture. The Vermont Army National Guard is working towards receiving authorisation to open all combat units for enlisting women. 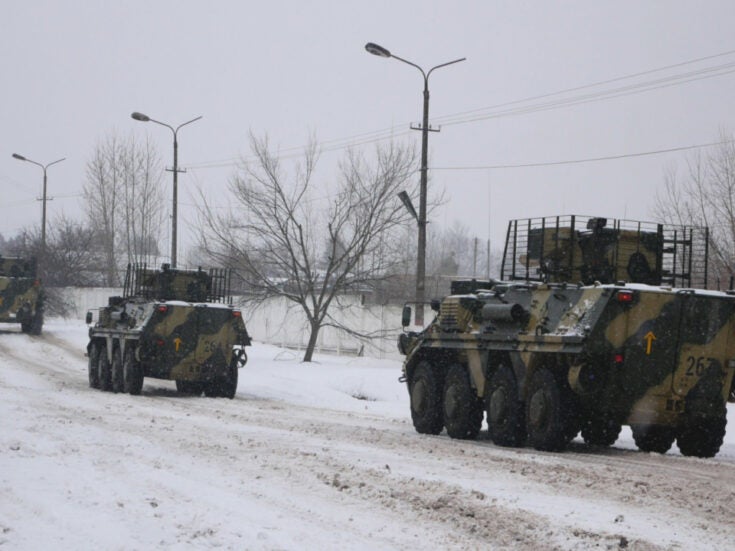 Top tweets: US and NATO supporting Ukraine and more

A Cavalry squadron in Vermont is now authorized to recruit women directly into the unit.

This marks the first time in the @USNationalGuard's 384-year history that a combat arms battalion-sized unit can enlist women.

2. US Strategic Command’s tweet on US DOD’s partnership to develop ramjet

US Strategic Command, the official account of the US Strategic Command, shared an article about the US Department of Defense (DOD) collaborating with Norway’s defense ministry to develop an advanced solid fuel ramjet. The Tactical High-speed Offensive Ramjet for Extended Range (THOR-ER) is expected to be incorporated into supersonic and hypersonic weaponry.

The US Navy’s Naval Air Warfare Center Weapons Division in California will conduct research on THOR-ER, while the Norwegian Defence Research Establishment and Norwegian aerospace and defence company Nammo will develop supporting technologies that could be integrated into a high-speed weapons programme in the future.

The @DeptOfDefense and the Norwegian Ministry of Defense have partnered on the development of an advanced solid-fuel ramjet that could be used in supersonic and hypersonic weaponry. #KnowYourMil

British Army, the official account of the British Army, shared an article about the Army awarding a £180m ($247m) sub-contract to Thales Defence for providing a Remote Weapon System (RWS) for the Boxer armoured vehicle. The RWS is designed to fire the Javelin anti-tank weapon and includes a smoke grenade launcher.

The contract will safeguard 700 existing jobs at Thales’s facility in Glasgow, Scotland and create 25 highly skilled engineering jobs. The UK re-joined the Boxer programme in 2018 and has pledged £2.8bn ($3.84bn) to provide more than 500 vehicles to the British Army. The first Boxer vehicles will be inducted into the British Army in 2023.

Our commitment to armoured vehicles is an investment in British industry. Today, we can announce a £180 million sub-contract to provide a Remote Weapon System for our Boxer fleet.

4. Ministry of Defence’s tweet on Operation NEWCOMBE in Mali

Ministry of Defence, the official account of the UK Ministry of Defence, shared an article on 300 peacekeepers from the British Army being deployed to Mali as part of Operation NEWCOMBE. The operation was approved in 2013 and provides logistical support to French counter-terror operations.

The operation also deployed three Chinook (CH-47) helicopters in 2018 to support the French army. The mission has achieved more than 2,000 flying hours and has helped move roughly 1,000 tonnes of equipment since 2018. The British Army deployed another task group to support reconnaissance operations and gather intelligence that can help the United Nations provide assistance to Mali.

The #IntegratedReview builds on our proud and robust record of delivering on foreign policy and national security issues for the UK.

Recently 300 British peacekeepers from the UK Armed Forces deployed to Mali as part of @UN_MINUSMA.https://t.co/WM9r7tcbHd

5. Shashank Joshi’s tweet on Denmark’s plans to boost military expenditure in the Arctic

Shashank Joshi, defence editor at the Economist, shared an article on Denmark’s plans to increase military spending in the Arctic including $250m investment in Greenland and the Faroe Islands to tackle Russia’s military build-up in the region. The country will procure two long-term endurance surveillance drones to be deployed in Greenland and rebuild a radar station in the Faroe Isles as part of the investment.

Denmark already has 300 soldiers deployed in the Arctic circle to boost defence in the region. The investment in Greenland and the Faroe Isles will provide the country with the much needed surveillance in the region.

"Denmark is likely to further increase its military spending in the Arctic after it unveiled a $250m investment in surveillance capabilities in Greenland and the Faroe Islands to counter Russia’s military build-up in the region." https://t.co/lljVeFTdqh

The document includes detailed information on the manufacturers and suppliers and their products, along with contact details, to inform your purchasing decision.
by VMS Engage – Buyer’s Guide
Thank you.Please check your email to download the Buyer's Guide.
Topics in this article: Influencers
SUBSCRIBED