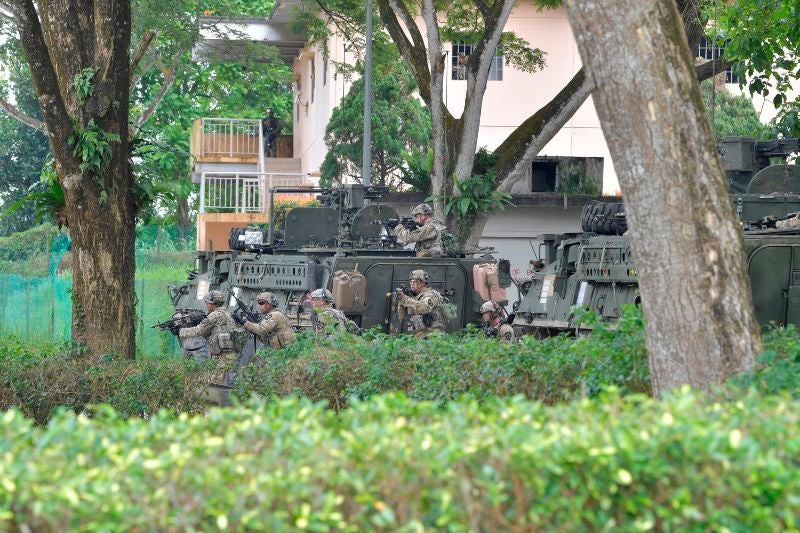 Troops from the US Army executing urban operations as part of Exercise Tiger Balm 2019 at Murai Urban Training Facility (MUTF). Credit: © Government of the Republic of Singapore.

With urban operations spanning both from low to high-intensity warfare scenarios, the forces required to fight it are both heavy and lighter ones. Fighting in an urban environment is a complex operation that includes many phases. It should not be regarded as an independent type of operation but rather interconnected and dictated by the geography and the nature of the terrain, and most prominently by the fact that urban areas are interconnected between themselves, forming part of an economic, political, social and technological web.

Listed below are the key macroeconomic trends impacting the urban operations theme, as identified by GlobalData.

Defence budgets will determine the ability of governments to acquire the necessary capabilities and establish cooperation with allied nations. Nevertheless, considering the range of security threats that need to be tackled, along with the rest of a society’s need, financial and other resources (manpower, raw material etc.) will always be in scarcity. Therefore, governments will have to find a balance to maximise the return from the investment and the benefit for the society.

The increase of the Earth’s population is becoming a source of problem that can potentially lead to conflicts. Urbanisation is increasing and is a clear trend in the migration of people from rural areas. In an effort to find more jobs and opportunities, cities seem more attractive, thus changing the nature of the future battlefield.

Overpopulation of the Earth along with natural phenomena, like global warming, leads to problems related to access to natural resources. The planet cannot sustain the lifestyle, where resources are used to the extent that they are depleted in a short period of time. Such strategic sources of risk require global solutions. In the absence of such an initiative, scarcity of resources will remain a threat for global security.

The world is also faced with all forms of inequalities, including those related to allocation of resources. As a result of that, there are economic, social and cultural inequalities between countries and between urban centres or within urban centres all over the world. These can trigger social rioting or conflicts among nations.