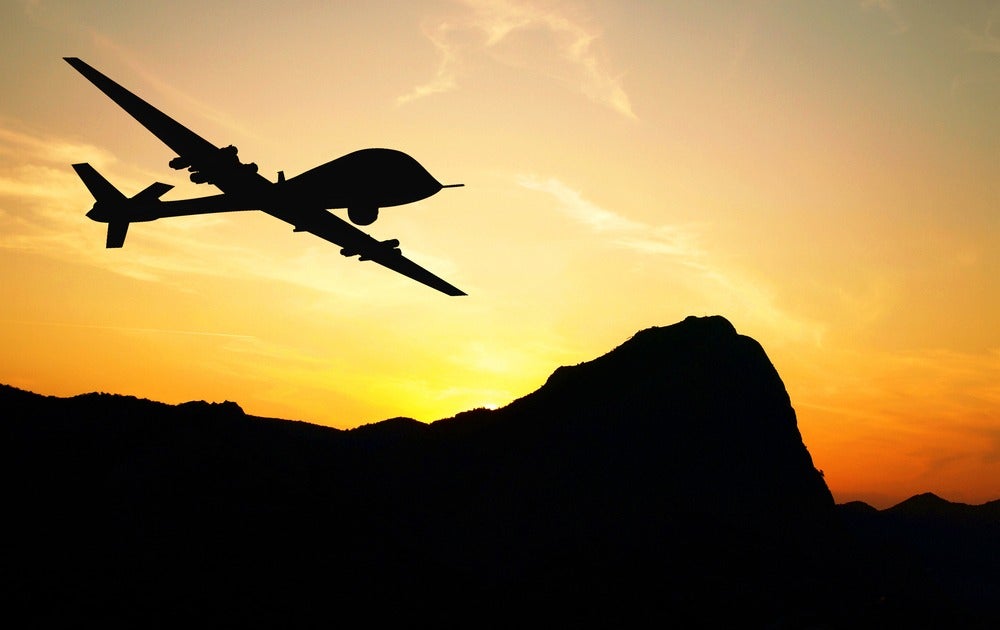 Currently, during combat operations, 20 gallons (or 75 litres) of fuel are consumed for the support of a single soldier.

In a move seen as revolutionising logistics on the battlefield, the US military has unveiled plans to step up its use of drones for transporting equipment in combat operations by 2024.

In an effort to keep soldiers out of harm’s way and speed up military operations, the US Army and the US Marine Corps (USMC) is to press ahead with the Joint Tactical Autonomous Aerial Resupply Concept (JTAARS), which will introduce Unmanned Aerial Systems (UASs) in combat logistics support by 2024.

On 26 February, the US Army Futures Command and the USMC issued a notice for a JTAARS industry day data exchange, between its staff, R&D agencies, academia and the industry, to discuss how to transport payloads between 500-800 lbs (226-382 kg), in support of the Brigade Combat Teams’ (BCT) multi-domain operations and the USMC regiments.

The services are looking for a Category 3 UAS, the same category as Northrop Grumman’s MQ-8B Fire Scout, that will be easily transportable (in a 20’ ISO container), highly automated so as to carry out its missions independently even in shared aerospace, modular and with resistance to cyber-attacking.

Technological revolution on the battlefield

The technology is expected to revolutionise the conduct of combat operations, along with the rest of the systems involving autonomy, Artificial Intelligence (AI) and Internet of Military Things (IoMT).

The improvements will be multi-faceted; speed and momentum of operations will increase; more manpower will be available for purely combat operations; less fuel will be needed and most importantly fewer soldiers will be vulnerable to attacks while driving or protecting logistics’ vehicle columns.

Fuel consumption and logistics on the battlefield

The statistics are clear. During a 2013 West Point speech on logistics in Afghanistan, the Assistant Director of US Army’s Logistics, then Lieutenant General Raymond Mason stated that for a gallon (1 gallon = 3.8 litres) of water for soldiers or fuel for a generator, another seven were needed for their transportation. In general, during combat operations, 20 gallons (75 litres) of fuel were consumed for the support of a single soldier.

To make the argument more convincing, another US Armed Forces study for the war in Afghanistan concluded that around 10-15% of the USMC casualties occurred during resupply of remote bases and outposts with fuel and water. If that was the reality in Afghanistan, someone could easily imagine what it would look like in case of a peer-to-peer confrontation.

That is the reason behind US Armed Forces’ development of solutions that would provide reductions in operational costs, implementation of more complex tactics and most importantly protection of soldiers’ lives.

The march of machine-assisted operations

As per the US Armed Forces plan, machine-assisted operations will be gradually materialised in the 2020-2030 period, opening the way for human-machine heterogeneous teaming after 2030.

Fielding a UAS is just the base of the new concept. The true enablers will come by integrating advanced AI software on the platform operating on an IoMT backbone. Two domains that the US and allied forces invest heavily in an effort to counter-balance capability gaps against China or Russia.

AI will allow the UAS to take-off/land, drop supplies, follow routes or reprogram them in flight, avoid obstacles, cooperate with other UASs and other tasks. However, flying a load-carrying UAS, alongside a Combat UAS or other manned platforms, while relaying ISR data and transmitting health-management status information, and avoiding cyber-attacks, are some of the elements in a complex sequence that can only be carried out through an IoMT backbone, which will provide secure, high-bandwidth and high-speed data exchange.

The military has been at the forefront of adopting pioneering technologies. After years of R&D and lessons-learned, unmanned technologies will be taken a step further, through expanded use in critical scenarios and AI and IoMT do promise a lot in that direction.