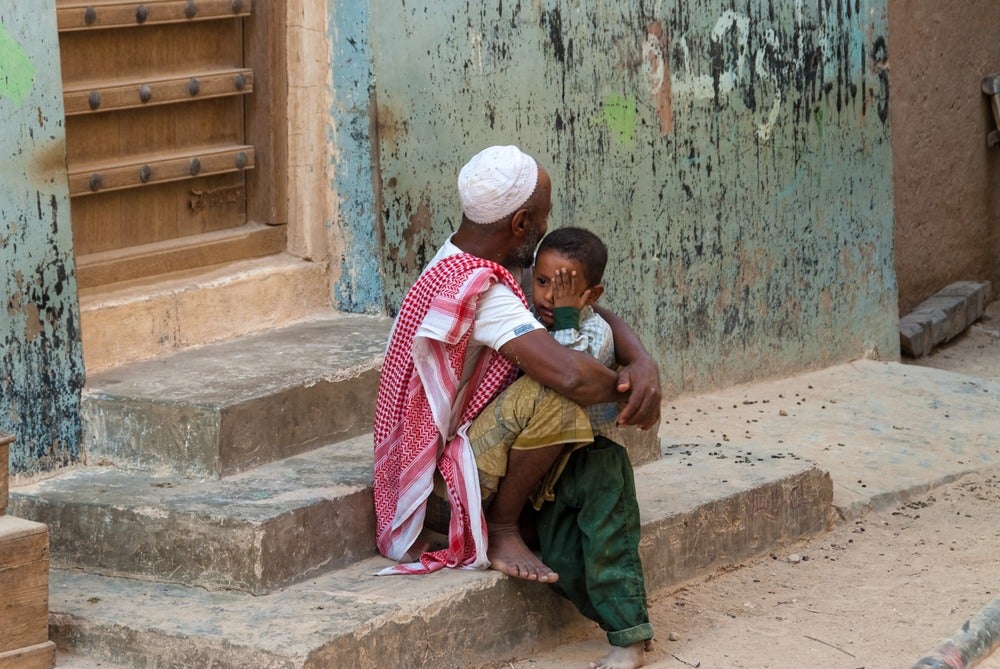 Berlin has a point when it says that Saudi Arabia’s bloody military involvement in Yemen is solid grounds for a ban.

It started with the best of intentions. The governments of France, Germany and, to some extent, the United Kingdom, wanted to reduce their industrial dependency on the US arms industry.

Back in the summer of 2018, Washington’s refusal to let France sell the Scalp missile (also known as the Storm Shadow by the British armed forces) to Egypt was a painful reminder of the US influence over supposedly sovereign exports of European weapon systems.

In accordance with the International Trade in Arms Regulation (ITAR), the US is able to veto such sales whenever US-made components are involved, as indeed they were with the Scalp missile.

In a bid to uphold their strategic autonomy, some European powers have sought to find a way to circumvent such arms trade agreements.

To this end, over the past decade, France and Germany have pooled their resources on two major projects: a) the Main Ground Combat System, a next-generation battle tank developed by KNDS holding, and; b) the Future Combat Air System, a new fighter jet, jointly produced by French aircraft manufacturer Dassault Aviation and Airbus to replace the Eurofighter and the Rafale by 2040.

These ambitious projects were meant to bring consistency to a European arms industry by integrating the capabilities of two of its most capable nation-states.

A pragmatic path was taken by Rheinmetall, the major German land systems manufacturer. The company engaged in mergers and acquisitions to extend its European reach so as to be more aggressive on international markets.

Confronted by a sluggish European land market, Rheinmetall kicked-off negotiations in November 2018 to purchase a majority stake in KMW, the German side of KNDS, created by a Franco-German giant of the land defence industry.

It then started a joint venture with BAE Systems Land UK in January 2018, ensuring its de facto leadership with a 55/45 stake in its favour.

But clouds were already gathering. The German news magazine Der Spiegel reported in January 2019 that Berlin planned to extend its ban on arms exports to Saudi Arabia, implemented in the aftermath of the high-profile murder of journalist Jamal Khashoggi in October 2018.

In 2018, Saudi Arabia, a major Western-manufactured arms importer, had the third biggest defence budget in the world with $56 billion.

Rheinmetall immediately communicated its intention to sue its own government for expected losses, adding pressures on top of those of Tom Enders, Chief Executive of Airbus, who protested for the same reason last October over the possible sale of the Future Combat Air System.

Berlin has a point when it says that Saudi Arabia’s bloody military involvement in Yemen is solid grounds for a ban.

But, Germany’s unilateral decision creates a dangerous precedent for the European arms industry as it also makes components covering other countries’ export contracts.

In early February, the UK expressed its annoyance over the Saudi ban, which put in jeopardy a (pending) £10 billion deal with Riyadh for 48 Eurofighter Typhoon and therefore affecting the performances of BAE Systems, the main British arms contractor.

Germany and the UK cooperated on the development of the Eurofighter and are reliant on each other in terms of export licensing.

Despite pressure from its European partners, Germany is unlikely to bend.

The next federal elections will be held in 2021, and the current Chancellor Angela Merkel is now too vulnerable to clash frontally with the SPD, despite the fact that the CDU-CSU would rather loosen restrictions.

Heiko Maas, the German Minister of Foreign Affairs, and a Social Democrat rebuffed his British counterpart Jeremy Hunt during a joint press conference on 20 February, affirming that the ban would stay to put more pressure on Saudi Arabia in the Yemeni peace process.

In the face of Berlin’s ongoing political conundrum, France and the UK may have to seek a compromise.

Ironically, the UK’s expected departure from the EU is not an existential threat to the development of a European arms industry which has always been more reliant on “coalitions of the willing” rather than on a centralised Brussels-based administration.

Indeed, the internal politics of the usual partners are proving as damaging for the European arms industry as a US unilateral veto.