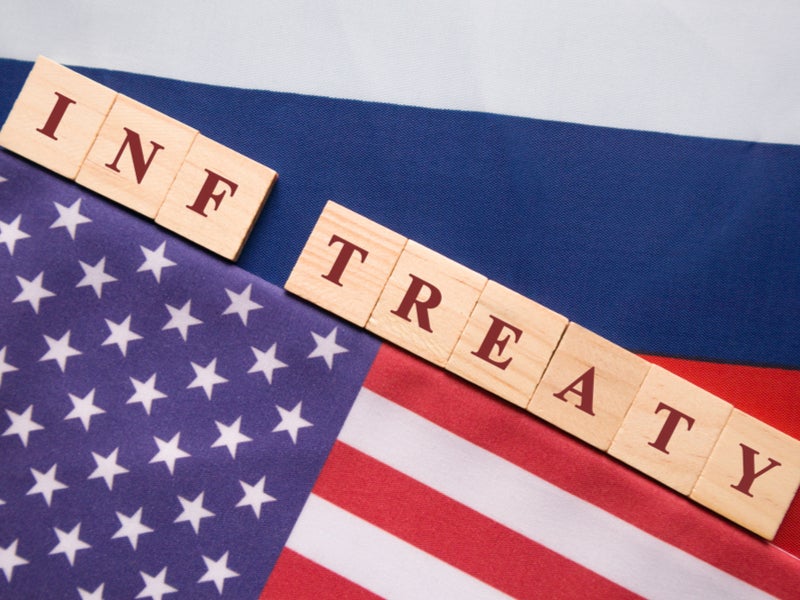 Listed below are the key regulatory trends impacting the defence industry, as identified by GlobalData.

The treaty prohibited the signatories from possessing, producing or flight-testing ground launched ballistic and cruise missiles with ranges of between 500 and 5,500 kilometres, their launchers and associated support structures and support equipment. The US suspended the treaty on 1 February 2019, and Russia suspended it 2 February 2019. The treaty had meant neither party had developed and fielded the relevant defences against such weapons.

International law has an inherent difficulty in quickly adapting to security threats. International law had the fundamental flaw of being selectively applied, in some instances resulting in the perception of victor’s justice, and in others there is an outright absence of an international court able to adjudicate (ICC refusal to hear Afghanistan cases, for example). That leads states to use other means to avoid legal consequences or investigation.

The return to preparedness for HIW has resulted in an increase in major exercises involving manoeuvre formations and international co-operation between such units in exercises. Russia has seen increased manoeuvre exercises with China, and NATO countries have increased exercises for mechanised units. These exercises are a result of efforts to increase cooperation within defence organisations such as NATO and CSTO.

This is carrying out missions to defend and advance national interests beyond the borders of Russian territory in the framework of a ‘strategy of limited action.

The foundation for implementing this strategy is the creation of self-sufficient troop groupings on the base of formations from one armed service which has high mobility and is capable of making the greatest contribution to carrying out the missions set forth.

The most important conditions for implementing this strategy are winning and maintaining information superiority, anticipatory readiness of command and control and comprehensive support systems, and also covert deployment of the necessary grouping.

HIW and the logistical needs of HIW preparedness mean that changes have been made to logistics and the bidding process for logistics contracts in several cases. The UK has adopted the Framework agreement model evident in agreements such as the Rheinmetall contract 25 infantry ammunition products for the next five to seven years from 2019, or the UK Ministry of Defence Logistic Commodities & Services Transformation (LCST) contract awarded to Leidos in 2015 for 13 years.