The demand for greener military practices is pushing Armed Forces to look for alternative technologies, with electric vehicles (EVs) being a potentially valuable asset.

Listed below are the key technology trends impacting the EV theme, as identified by GlobalData.

The auto industry is used to product cycles that last from seven to ten years, with new technologies beginning the testing process years before they are considered ready for production. However, as electrification ramps up, automakers and suppliers are finding that the pace of technological change now moves quite a bit faster than they are used to.

This is especially apparent in the field of EV batteries. While combustion engines have been refined so much that even the most significant breakthroughs only yield a small improvement in efficiency, batteries are coming on in great strides. For example, when the Tesla Model S first launched in 2012, its 265-mile range was considered extremely impressive, but the updated Model S can now travel more than 500 miles while also offering twice the power and a second driven axle. 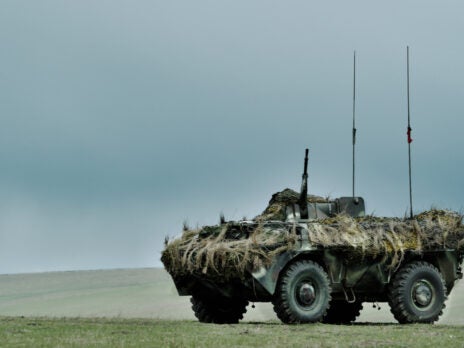 While the debate between lithium-ion and solid-state batteries rumbles on, another debate has arisen between two competing cathode chemistries for current lithium-ion cells.

The first, NMC, is used in many EV batteries, especially in higher-end models with larger battery packs. NMC chemistry generally offers greater energy density for a given size and weight of cell, meaning an NMC battery pack can ultimately store more energy than LiFePO4. As the name implies, this chemistry calls for an amount of cobalt which can be expensive to mine and carries with it a known risk of the use of child labour in its extraction.

The second, LiFePO4 or LFP, is more common in low and mid-range EV battery packs, along with commercial vehicle battery packs. While LiFePO4 cannot quite match the outright energy density of NMC, it is a more stable material with a higher threshold for thermal runaway, making it safer in operation.

Tesla’s rivals are closing in

The most efficient assembly lines in the auto industry are owned by Toyota, Honda, GM, BMW, and VW, and they are gearing up to challenge the Californian company at its own game. While these incumbents may have been caught off guard by Tesla’s early lead, each has the experience and infrastructure in place to manufacture anywhere up to 10 million cars per year.

In contrast, Tesla has battled hard just to reach annual production of 500,000 cars in 2020. Tesla’s relative inexperience and small footprint leave it vulnerable from unexpected changes in vehicle markets. Plus, as a public company, it faces shareholder pressure to maintain its aggressive expansion strategy, leaving it at risk of overspending or spreading itself too thin.

EV technology as a competitive advantage

As noted earlier, China sells the most EVs, makes the most EVs, and has access to the majority of raw materials needed for the batteries to build them. As such, China has emerged as the dominant country in the EV landscape. That will sting for legacy European, Japanese, and American automakers that have enjoyed a near century as the leading builders of combustion engines.

Some efforts are being made in the west to secure global competitiveness in EVs. These include the build-out of lithium-battery manufacturing facilities in North America by companies, including LG Energy Solution, SK Innovation, Panasonic and Tesla.

Currently, most EV projects in the auto industry are concerned with battery-powered electric vehicles. However, as discussed, hydrogen fuel cells are a viable alternative if more research and development is undertaken.

Two factors make fuel cells particularly valuable. One is their rapid refuelling time, which means a hydrogen-powered EV could pull into a service station, refuel and continue on its journey in a matter of minutes while a battery EV owner would have to recharge for a much longer time. The second is its lighter weight. A fuel cell setup can be much lighter than a battery electric setup and, while that would be reasonably beneficial for a passenger car, that benefit is exaggerated in a much heavier vehicle such as a heavy-duty truck.

Challenges remain before hydrogen can hit the mainstream. It still costs too much to produce hydrogen and, considering most supplies are generated from breaking apart hydrocarbons, the process is not as environmentally friendly as it could be.

A lot of focus on the development of battery electric vehicles (BEVs) is concerned with the big-ticket components buyers are familiar with – namely, the battery pack and electric motor(s). But, for a BEV to extract the most performance and efficiency from its components, all of them need to be optimised for the role. One system that is ripe for improvement is the battery management system (BMS).

In a BEV, the BMS is responsible for maintaining the battery’s health, monitoring its state of charge, and deploying that charge to the motors as the driver requests it. The BMS is also responsible for the job of effectively charging the battery, making sure that charge is shared evenly across all the cell groups in each pack. The BMS also monitors battery temperature and makes adjustments to the battery heating, ventilation, and air conditioning (HVAC) system to keep it in the optimal thermal range.

Among the many challenges posed by EV batteries is the time needed to recharge. While this issue may eventually be tackled with faster chargers and batteries with more capacity, some auto companies are looking into the potential for battery swapping.

This sees a vehicle arrive at a swapping station and pull into a specialised bay before an automated system removes the depleted battery pack from beneath the vehicle. The same system then replaces it with a fully charged unit, allowing the driver to pull away again with a fully charged battery – making ‘recharge’ times comparable to refilling a fuel-powered car from a pump. The station itself houses charging infrastructure and an inventory of spare batteries ready to go into customer cars.

Estimates at the end of 2020 put the average price of an EV battery pack at $137 per kWh. For illustration, that would mean a 100kWh battery pack like those in the Tesla Model S would cost the manufacturer around $13,700 in total. This represents a vast reduction compared with EV battery pack prices in 2010 at the start of the growth phase when they cost around $1,100 per kWh.

The levers available to manufacturers looking to reduce the cost of battery packs include reducing the raw material cost through larger scale mining, reducing process cost or increasing speed to increase economy of scale, and technical improvements that optimise battery pack design and performance.

We cover the entire spectrum of the Packaging value system, from suppliers, manufacturers and distribution channels, all the way through to insights and trends across the globe.