As an economy that relies on tourism and the free movement of people for a substantial part of national revenue, Thailand has been badly affected by the COVID-19 pandemic. Subsequently, Thailand has announced budget cuts for the current 2020 Financial Year (FY) package and the suspension of selected defense projects until FY 2021. The budget has been cut by US$557 million in 2020 to support a THB1.9 trillion stimulus package that will address the impact of the COVID-19 pandemic. Among suspended programs figure the procurement of two T-50 Golden Eagle aircrafts and the planned order of two Type 041 diesel-electric attack submarines. Both programs carry a level of political significance for Thailand; securing relationships with both China and South Korea amidst growing tensions around South China Sea territorial disputes.

Thailand was already in the midst of an economic downturn before the pandemic. According to the Office of the National Economic and Social Development Council, the Thai economy grew at 2.4% in 2019, its slowest pace since 2014. This gave the Thai economy less resilience to face the coronavirus crisis and made more likely the delay of procurement projects. Further to this, the valuable contribution of tourism, a vast proportion of Thai national revenue (estimates range between 9-17% of GDP), has been wiped-off for the year 2020 at least due to restriction of movement taken by governments across the globe in order to prevent the spread of COVID-19. To combat these economic difficulties, the Thai government re-appropriated defense funds towards the fight against the pandemic. The suspensions of the T-50 and Type 041 will mean a reduction in the 2020 budget but the programs are not ‘cancelled’. They have officially been delayed until 2021 when economic activity and tax revenue are set to resume. Thailand, like most other nations, spreads the cost of equipment acquisitions over many years according to a payment schedule. Consequently, it is assumed that delays will have little impact on the future of these acquisition program or on the budget in forthcoming years.

The Thai Armed Forces are currently undergoing extensive modernization and the delayed programs are only a portion of existing and planned acquisition projects. The country officially prioritize transfers of technology and cooperation to bolster its indigenous industrial capabilities, which could explain why off-the-shelves acquisitions such as the T-50s or the Type 041s are among the first delayed. The need to boost the national defense industry is felt by Thailand’s Armed Forces, substantial in size but ageing everywhere. For example, 46% of the Air Force’s rotorcraft are models developed in the 1960s, according to GlobalData. Thailand needs these upgrades in order to address both internal and external security issues that threaten its sovereignty and territorial integrity. Internal uprisings, increasing narco-terrorism and tensions with Cambodia are some of the present threats. The need for T-50 aircrafts and Type 041 submarines has not disappeared with the pandemic. If anything the security situation could destabilize further due to dire economic scenario being played out in the region, and so the procurement will resume over forthcoming years once the financial needs of the initial fight against the virus have been met. 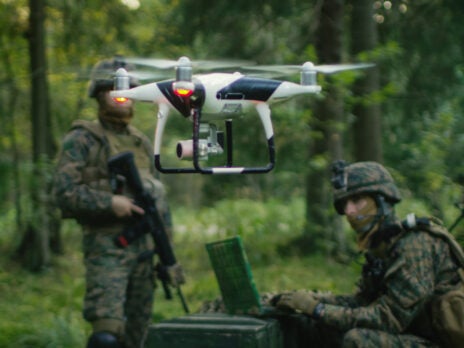