Media houses and ecommerce companies, however, have been early adopters of augmented reality (AR), while the technology is also used by healthcare, engineering, and military organisations.

Listed below are the key media trends impacting the augmented reality theme, as identified by GlobalData.

Most major social media services allow users to add AR features to their content. Facebook has made AR features available on Instagram and Messenger. In June 2021, it announced plans to roll out Instagram’s AR-based shops feature to WhatsApp and Facebook Marketplace, offering users the ability to virtually try on products before making a purchase. 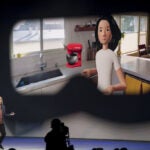 Comment
The Metaverse: Future of post-pandemic business, or just another attempt to kickstart VR/AR adoption? 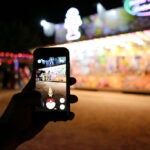 Comment
What emerging technologies are keeping CEOs up at night?

Comment
Is it time for the European arms industry to consolidate?

Global ad spend on AR will increase by more than 30% each year until 2023, according to Zenith UK. AR gives advertisers the ability to provide more inventive, eye-catching, and interactive ads and move beyond non-interactive media such as print and TV. Brands such as Pepsi and Lacoste have run campaigns where smartphone cameras overlay virtual objects in the real world. Timberland, Sephora, L’Oréal, and Michael Kors have produced AR adverts for social media channels.

The Covid-19 pandemic drove brands towards online advertising, with many adopting AR to bring immersive, novel experiences to users. Shopify, in September 2020, reported a 94% increase in conversion rate for products that featured AR or 3D content. Deloitte’s 2019 report Digital Reality Changes Everything found that 40% of shoppers were willing to pay more for a product if they could test it using AR.

AR gaming was worth $5.6bn in 2020 and represented around 83% of annual AR revenues, according to GlobalData forecasts. Gaming is one of the most fertile grounds for AR, but it has yet to establish itself in the mainstream. Game publishers, however, are increasingly investing in AR games.

A 2019 Ericsson ConsumerLab report found that two out of three gamers are interested in AR gaming, but one in three felt that mobile devices were not an effective platform for AR games. Almost 40% of those surveyed by Ericsson said that better and more immersive games and access to cheaper AR smart glasses would make AR games more interesting.

AR is a potentially exciting opportunity for short-form video creators but is unlikely to be used in mainstream filmography in the short term. The technology is not yet capable of replacing traditional visual effects (VFX), although consumer-focused companies are using AR to create basic entertainment and promotional content for their users.

People can access virtual try-on videos on YouTube, while Snapchat, Instagram, and TikTok users can create short videos with AR filters. We anticipate a growth in the adoption of short AR videos for advertising purposes over the next three years, but full-length AR movies are unlikely to arrive due to technical limitations, high costs, and skill shortages.