Both companies are set to provide two prototype vehicles each that will undergo testing and soldier evaluation in the third quarter of 2021.

Once the army selects a vehicle, Defense News reports that the vehicle will move directly into production. A decision on which vehicle the army chooses is expected in 2022.

The army has a choice of either a vehicle derived from the Bronco 3, offered by a consortium of Oshkosh and ST Engineering, or Beowulf built by BAE Systems Hagglunds and based on the BvS10 used by the UK’s Royal Marines. The British Armed Forces also operate a variant of the Bronco known as the Warthog.

The SUSVs that either vehicle will replace was built by BAE Systems Hagglunds, the vehicles have been in service internationally as the BV206 since the 1980s.

The US Army is procuring the vehicles through the US National Advanced Mobility Consortium which in a previous request for proposals said bidders would need to deliver a general-purpose and cargo vehicle to the Cold Regions Test Center (CRTC) in Alaska for evaluation.

The potential production contract for the CATV programme is worth $250m for the manufacture of up to 165 General Purpose, Casualty Evacuation or Command and Control vehicles and 35 Cargo variant vehicles.

The Oshkosh CATV is based on the Bronco 3 built by ST Engineering, Oshkosh touted the Bronco vehicle family’s performance saying the platforms had underdone 1,860 miles of performance testing ‘in Arctic conditions’.

Oshkosh said its CATV offering was designed with modularity in mind, adding a general-purpose vehicle could be used as a troop carrier, casualty evacuation (CASEVAC) or Command and Control vehicle and swapped between configurations in the field in 30 minutes by two people.

Oshkosh vice president and general manager of US Army and US Marine Corps programmes Pat Williams said: “Oshkosh Defense and ST Engineering bring together an abundance of defence industry and manufacturing expertise to address the U.S. Army’s need for a proven vehicle that can easily manoeuvre in arctic environments,

“We are confident that the Oshkosh CATV will enable Soldiers to efficiently move personnel and supplies in the most extreme conditions, and we look forward to getting them into the hands of the end-user for testing and evaluation.”

A variant of the Bronco, the Warthog, was used by British Forces in Afghanistan but were ultimately in 2016. Current operators of Bronco vehicles are Singapore and Thailand.

ST Engineering Land Systems president and head Lee Shiang Long said: “The new vehicle design will be built with the combined expertise of Oshkosh Defense and draws on the rich heritage of the Bronco family of vehicles, a proven, robust and versatile articulated platform which has been in operation since 2001.” 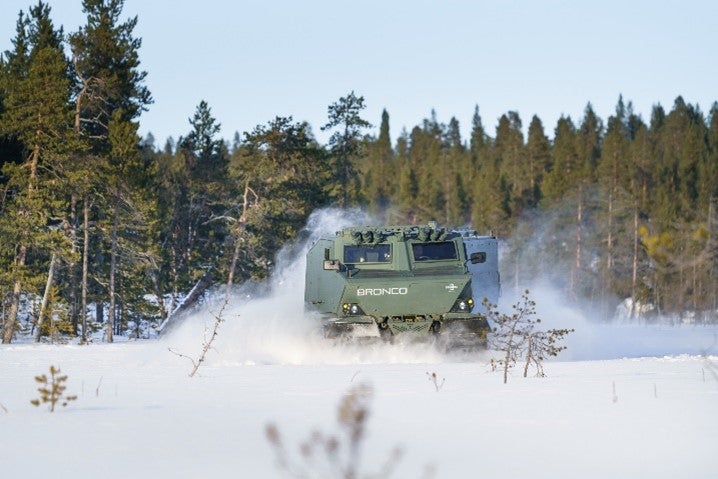 BAE System’s Beowulf is an unarmoured vehicle that like the Oshkosh Bronco variant is being promoted with its modularity as a focus.

The BvS10, known as the Viking in British service, is currently in service with the UK, Sweden, Netherlands, France and Austria.

BAE Systems vice president of business development Mark Signorelli said: “Beowulf is an optimal and mature solution for the CATV programme, and we look forward to submitting our prototypes with the goal of meeting the Army and Army National Guard’s mission.

“Beowulf, and its armoured sister vehicle, the BvS10, represent the most advanced vehicles in the world when it comes to operating anywhere, whether it’s snow, ice, rock, sand, mud, swamp, or steep mountainous environments. And its amphibious capability allows it to swim in flooded areas or coastal waters.”

Several components for the BsV10 are sourced from US suppliers including the engine, transmission and hydraulics. 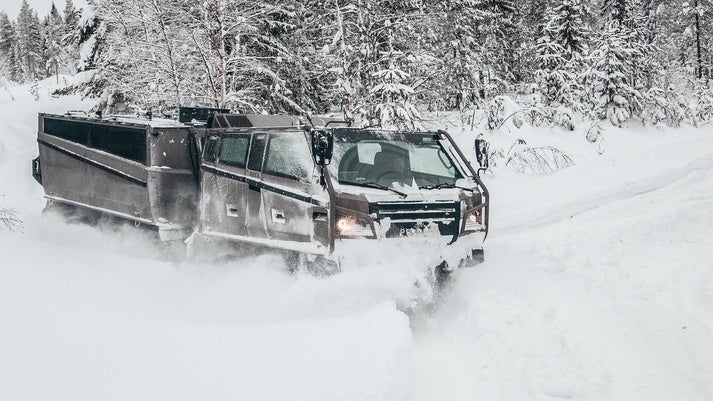