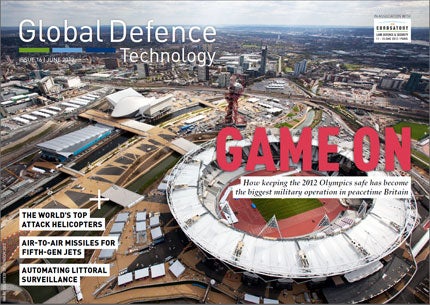 The 2012 London Olympics is the largest and most expensive security operation in recent British history, involving 10,000 police officers and 13,500 members of the armed forces at a cost of around £1bn. As the UK’s capital gears up to meet potential threats that could come from anywhere, including cyberspace, we round up the technology used to keep the Games safe, and ask a cybercrime expert why cyber security is just as important as physical security.

ArmyHelicopter gunships have become almost instantly identifiable following their frequent use in recent combat zones such as Iraq and Afghanistan. We identify the top multirole attack helicopters being used around the world, and take a closer look at the US Army’s Apache helicopter and the Eurocopter Tiger built for the French and German Armies.

Air forceThe potential danger to today’s fighter aircraft has grown as unmanned drones and advanced surface-to-air missiles feature alongside enemy pilots in aerial warfare. We take a look at the latest air-to-air missiles, which are an essential element for fifth-generation fighters. We also feature the A-Darter air-to-air missile, which is being developed in South Africa and is expected to be ready for production next year.

NavyUnderwater communication is restricted by the depth at which a vessel can receive information and the speed at which it can travel. We explore a new technique called Quantum Key Distribution, which uses the law of physics to offer secure exchanges without sacrificing speed or depth. We also investigate how a networked system of automated vehicles can be used to protect vast stretches of coastline.